The AXI-Streaming interface is important for designs that need to process a stream of data, such as samples coming from an ADC, or images coming from a camera. In this tutorial, we go through the steps to create a custom IP in Vivado with both a slave and master AXI-Streaming interface. The custom IP will be written in Verilog and it will simply buffer the incoming data at the slave interface and make it available at the master interface - in other words, it will be a FIFO. [Read More]
zynq  popular

The DMA is one of the most critical elements of any FPGA or high speed computing design. It allows data to be transferred from source to memory, and memory to consumer, in the most efficient manner and with minimal intervention from the processor. It’s no wonder then that a tutorial I wrote three years ago about using the AXI DMA IP, is still relevant and still getting thousands of visits per month. [Read More]
dma

In the last year or so, there has been an explosion in the availability of System-on-Modules (SoMs) featuring the popular FPGA+ARM combo Zynq-7000 SoC from Xilinx. I’ve always promoted the idea that FPGAs and SoCs allow for faster design cycles and rapid proof-of-concept, but these SoMs take that advantage to another level. Let me explain why. In the past, I would handle most projects by doing a proof-of-concept on an evaluation board, then designing a custom board that integrates all the required components onto a single PCB. [Read More]

Using the AXI DMA in Vivado

Update 2017-10-10: I’ve turned this tutorial into a video here for Vivado 2017.2. In a previous tutorial I went through how to use the AXI DMA Engine in EDK, now I’ll show you how to use the AXI DMA in Vivado. We’ll create the hardware design in Vivado, then write a software application in the Xilinx SDK and test it on the MicroZed board (source code is shared on Github for the MicroZed and the ZedBoard, see links at the bottom). [Read More]
dma  popular

Update 2017-11-01: Here’s a newer tutorial on creating a custom IP with AXI-Streaming interfaces Tutorial Overview In this tutorial we’ll create a custom AXI IP block in Vivado and modify its functionality by integrating custom VHDL code. We’ll be using the Zynq SoC and the MicroZed as a hardware platform. For simplicity, our custom IP will be a multiplier which our processor will be able to access through register reads and writes over an AXI bus. [Read More]
popular

Creating a Base System for the Zynq in Vivado 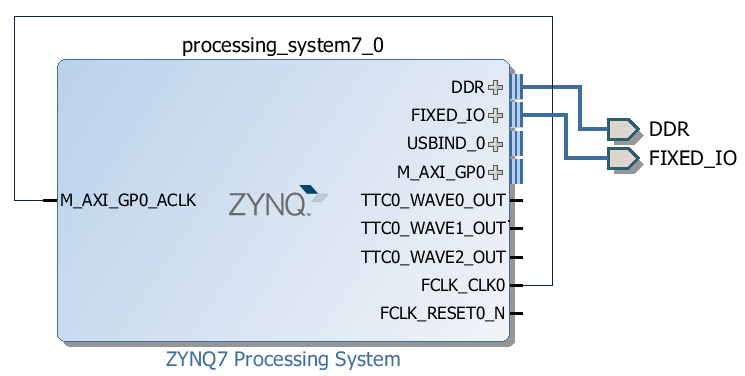 Tutorial Overview In the ISE/EDK tools, we’d use the Base System Builder to generate a base project for a particular hardware platform. Now with Vivado, the process is a little different but we have more control in how things are setup and we still benefit from some powerful automation features. In this tutorial we’ll create a base design for the Zynq in Vivado and we’ll use the MicroZed board as the hardware platform. [Read More]
zynq  popular

If you’re interested in testing out the Zynq-7000 SoC from Xilinx there are now quite a few options available, so it comes down to a question of features vs price. Below I’ve listed the most important features of the available boards side-by-side to help you make the right decision for yourself or your company. I’ll also go into what I think of each board before we look at the boards in terms of their popularity. [Read More]